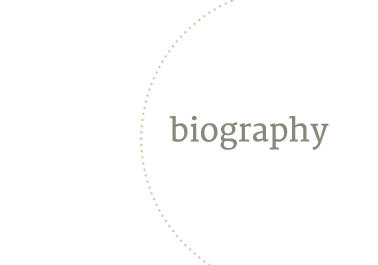 As written in T. Bruce Wittet’s article on Modern Drummer Magazine USA about the Montreal Drum Fest, “From behind the drum set, Vera Figueiredo took the audience from the Brazilian rainforest into the clubs and concert halls of the world. Jaws dropped at her unique presence, approach, and distinctive licks”. And, having been nominated by British Rhythm Magazine the “Queen of Samba”, other Brazilian and international publications have pointed out Vera Figueiredo’s musical power.

Vera has worked hard to divulge Brazilian Music around the world by performing in a number of festivals and giving clinics and masterclasses all throughout her career, having performed in Mexico, Chile, Italy, Spain, Portugal, Canada, Germany, Argentina, Luxembourg and the United States. She performed during the Viva November Tour, along with the Australian drummer Virgil Donati. The tour started in Belfast, Northern Ireland, and also included Scotland, Wales and several cities in England. The last performance took place in London.

With the third album of her career, the Vera Cruz Island, she revealed herself living a moment of maturity as a drummer and composer. “Vera Cruz Island is like a photo album of Vera’s soul: intense, full of beautiful landscapes and very passionate towards her art!” - Régis Tadeu (Batera e Percussão Brazilian magazine). “Your drumming is so powerful and full of tradition.” – Ken Micallef (Modern Drummer magazine - USA).  Based on this album, the play-along book Vera Cruz Island – Brazilian Rhythms for Drumset was released by Hudson Music. The book has worldwide distribution and is also available in e-book format. Vera's first two albums were Vera Figueiredo & Convidados and From Brasil.
A DVD with Vera’s instructional videos, Ritmos Afro-Brasileiros (Afro-Brazilian Rhythms) and Influência Afro-Cubana (Afro-Cuban Influence) was released with English subtitles. She’s also released the DVD Os 40 Rudimentos (The 40 Rudiments). Her performance can also be checked in The Ultimate Drummers Weekend 11th Birthday DVD, along with Thomas Lang, John Blackwell Jr., Jimmy DeGrasso, Andrew Gander, Gustavo Meli and other world-class drummers. The festival is held in Melbourne, Australia.

In 1990, Vera founded the IBVF Brasil – Instituto de Bateria Vera Figueiredo, currently known as IBVF Brasil, which became one of the most important drum and Brazilian percussion schools in Brazil. IBVF is located in the city of São Paulo, Brazil. A couple of years later, Vera created the IBVF Produções, an agency dedicated to producing music events. One of these events is Batuka! Brasil, which appears on the list of the most remarkable world drum and percussion festivals. The festival has been held in São Paulo city since its first edition, in 1996. Batuka! Brasil has had fifteen editions and two album releases with artists who played at the festival, as well as winners of the National Drummers Contest/Batuka! Masters, which is part of the event lineup.

She recorded with Kroma, a Brazilian electric guitar quartet featuring Herald Paarmann (Former Ultraje a Rigor Band). She also performed in São Paulo and Vila Velha cities, during the Sabian Brazilian Tour along with Dom Famularo, as well as in Portugal and Spain.

From 2000 to 2016, Vera Figueiredo was a member of the TV show Altas Horas band (Globo channel). Despite the band doesn’t be part of the TV Show anymore, the band keeps performing as Altos Hits band.

Vera wrote articles for Modern Drummer Brazil Magazine, and has currently been performing her solo concert project called Brasileira, with Vera Figueiredo Trio, which has already been watched by over a hundred thousand people. This concert was also held in other SESC 's units Consolação (Instrumental SESC Brasil), Campinas, Sorocaba, Ribeirão Preto, Jundiaí, Belenzinho and Itaquera.

In 2016, she travelled to Sardinia (Cagliari and Sassari), Pescara (Montesilvano, performing at PAS Italy) and Lavagna, Italy, to give clinics and masterclasses about Brazilian Rhythms in-depth. In 2017, she performed as a guest in the following events, which took place in Santa Catarina, Brasil: Sabian Day Brasil, TUM Sound Festival and 20th Festival de Música de Itajaí.

Vera Figueiredo was the curator of SESC Osasco Project, Ecos Musicais (Musical Echoes) for one year. The goal of this Project is to stimulate the production of original music from new artists based in this city.

She participated in the documentary 100 years of jazz, the longest impromptu of the History, produced by the TV show Caminhos da Reportagem and dedicated to jazz. The documentary was broadcasted by TV Brasil Channel. To Canal Brasil channel, she was the guest of the program O Som do Vinil, hosted by Charles Gavin. It was an episode dedicated to the Brazilian drummer Milton Banana. Vera wrote and recorded a song dedicated to him called Mr. Banana. It is one of the Vera Cruz Island album tunes, which is available on her YouTube channel.
Vera keeps working on spreading her knowledge about Brazilian rhythms. In 2018, she performed at the AUDW – Australia’s Ultimate Drummers Weekend, alongside renowned drummers and percussionists, such as Benny Greb, Alex Acuña, Pete Lockett and Dom Famularo. She also gave private classes at Drumtek Music school, in Australia.

She gave clinics in Catanduva and Araçatuba, both located in São Paulo.

She has been one of the jury’s members of the greatest female drummer’s worldwide contest Hit Like a Girl (US). Vera was invited to participate in the III Percussão em Foco, a percussion event that took place in Itajai, Santa Catarina.

She performed as a special guest of the Electric Hendrix Ensemble, playing together with the talented Brazilian drummer Fernando Amaro. The band plays Jimi Hendrix’s songs. The concert took place in the Jazz nos Fundos club, in São Paulo. Also, as a special guest, she took part in the Carpentes - the Musical, at the Tom Brasil venue, in São Paulo, Brazil.

Besides working as events producer, dedicate her time on composing for her next album, as well as present her concert, Brasileira, Vera also has played in other projects, such as Soulmates, a trio also formed by Lito Robledo (bass) and Marcos Romera (piano), and the group Martins, Estebez & Figueiredo, together with Paulo Martins (bass) and Giba Estebez (keyboards).  She’s also performed with the singer Sol Alac (Argentina) and Haley Peltz (USA), and is one of the Beto Bertrami Quartet.

In 2019, the book of the authors Ron Savage and Casey Scheuerell, Berklee Practice Method: Drum set, was published in Brazil by Editora Passarim, with Vera Figueiredo signing the Portuguese version.

In 2020, the IBVF Brasil celebrates its 30th anniversary.  The music school and cultural events agency became an important tool for Vera Figueiredo to keep her journey as educator and instrumentalist. She has developed educational projects, such as the second edition of Batuka! Beat and sériesMASTERCLASS, featuring clinics and master classes with renowned Brazilian musicians.

In the state of Paraná, groups of students attended Vera Figueiredo’s masterclasses as part of the Festival de Música de Curitiba program. Along with other teachers of this program, she performed as a guest of this music festival. She also performed at the Vale da Música project and at the Dizzy Café Concerto club.

She was invited to perform a drum clinic at the 19th Festival de Música de Ourinhos, in the state of São Paulo.

Performing as drummer and collaborating to the musical scene as a composer, Vera Figueiredo has played with the Vera Figueiredo Trio in the most important clubs in Sao Paulo, such as Jazz B, a remarkable stage for whom makes and plays instrumental music. She is an official member of Carpenters - the Musical. This concert was presented at Teatro Municipal de Santo André, Tropical Butantã club and Teatro UMC, all located in Sao Paulo state. Carpenters – the Musical is going to be presented at Vivo Rio, in Rio de Janeiro.

During the pandemic, Vera has produced and participated in several projects. In 2020, she produced and hosted the Batuka! Brasil | Great Encounters Lives, interviewing artists who had performed at Batuka! Brasil, which features among the world's greatest drum and percussion festivals and has already presented fifteen editions. Batuka! Brasil | Great Encounters Lives had nineteen episodes and interviewed drummers who had won the National Drummers Contest, such as Rafael Barata, Igor Willcox and Sandro Moreno and Gledson Meira, as well as artists who performed concerts, workshops and/or performances, such as Dom Famularo, Cuca Teixeira, Will Calhoun, John Riley and Daniel Baeder. The programs can be watched on Vera’s YouTube channel.

The Drum History – a podcast dedicated to tell the history of the drums and drummers − published in its Instagram channel one of Vera’s drum solos, referring to it as “a great drum solo”.

During 2021, the Vera Figueiredo Trio & Guest performed the Tambor concert as the return of the Project Instrumental SESC Brasil. The concert was broadcasted online. The Trio featured Vera Figueiredo (drums), Marcos Romera (piano/keyboards) and Carlos Ribeiro (acoustic and electric bass). The guest was the amazing percussionist Julio Cesar. Talking about Brazilian Jazz, Vera attended the online event Mesa de Debates, a SESC Jazz project, along with Arismar do Espírito Santo and Robertinho Silva. The Vera Figueiredo Trio performed during the online event, Santos Jazz Festival. Besides the concert, a Brazilian Rhythms workshop was presented by the drummer as part of the festival program.

Returning to live shows, the Vera Figueiredo Trio performed at Jazz B with the concert “Estamos Aí”. In December, Vera Figueiredo will perform at the Laguna Drumfest in Mexico.